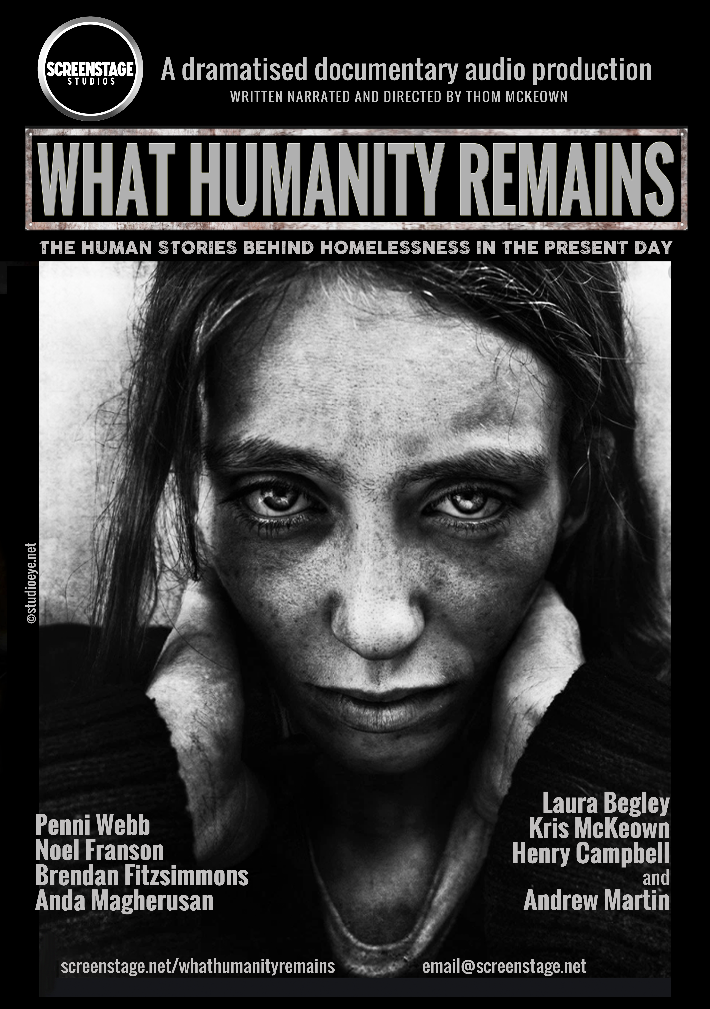 A Dramatised Audio Documentary on Homelessness in the UK

This production considers some of the many unfortunate people who are homeless, i.e. they have no internal accommodation, and as a result of this they spend each night sleeping outside. People become homeless for lots of different reasons. There are social causes of homelessness, such as a lack of affordable housing, poverty and unemployment; and life events which cause individuals to become homeless. People can become homeless when they leave prison, care or the army with no home to go to. Many homeless women have escaped a violent relationship. Many people become homeless because they can no longer afford the rent. And for many, life events like a relationship breaking down, losing a job, mental or physical health problems, or substance misuse can be the trigger.

Being homeless can, in turn, make many of these problems even harder to resolve. Homelessness is devastating, dangerous and isolating. People sleeping on the street are almost 17 times more likely to have been victims of violence. More than one in three people sleeping rough have been deliberately hit or kicked or experienced some other form of violence whilst homeless. Homeless people are over nine times more likely to take their own life than the general population.