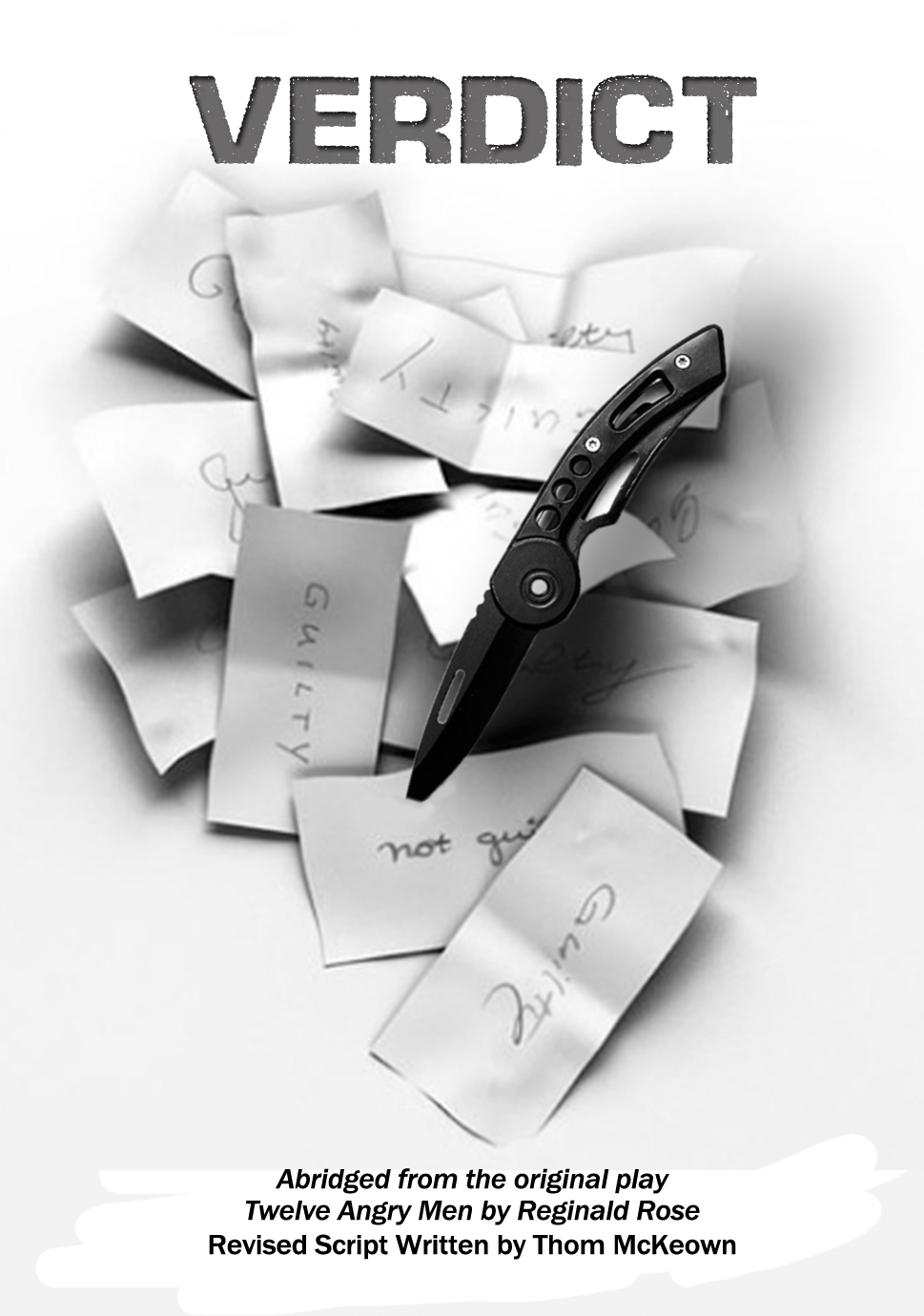 If you feel that you have the experience or capability to take on one of these roles, please forward a short audio file by email of you performing a short section of material of your own choice, together with details of your acting experience and background and if possible a recent headshot & showreel link to:

A new audio production which will appear on the Public Address Podcast site - and it will also be submitted for broadcast consideration to local radio and to BBC Drama. Based upon and adapted from the original play 'Twelve Angry Men' through a contemporary version of the script.

Following the closing arguments in a murder trial, the twelve members of the jury (comprising men and women) must deliberate, with a guilty verdict meaning a statutory life sentence for the accused, an inner-city teenager. As the dozen people try to reach a unanimous decision while closed off in a room, one juror casts considerable doubt on elements of the case. Personal issues soon rise to the surface, and conflict threatens to derail the delicate process that will decide one boy's fate.

(FEMALE) (FOREWOMAN) KARLA CROME
A woman who is impressed with the authority she has and handles herself quite formally and with assertive determination.

JUROR NO. 2 (MALE) RORY BYRNE
A meek, hesitant man who finds it difficult to maintain any opinions of his own. Easily swayed and usually adopts the opinion of the last person to whom he has spoken.

JUROR NO. 3 (MALE) NATHAN STEWART
A very strong, very forceful, extremely opinionated man within whom can be detected a streak of sadism. He is a humourless man who is intolerant of opinions other than his own and accustomed to forcing his wishes and views upon others.

JUROR NO. 4 (FEMALE) KATIE HOLLY
Seems to be a woman of wealth and position. She is a practiced speaker who presents herself well at all times. She seems to feel slightly above the rest of the jurors. Her only concern is with the facts in this case, and she is appalled at the behaviour of the others.

JUROR NO. 5 (FEMALE) NAOMI PIPER
A naive, very frightened young woman who takes her obligations in this case very seriously but, who finds it difficult to speak up when others have the floor.

JUROR NO. 6 (FEMALE) SIMONE BAXTER
An honest but dull-witted woman who comes upon her decisions slowly and carefully. A woman who finds it difficult to create positive opinions, but who must listen to and digest and accept those opinions offered by others which appeal to her most.

JUROR NO. 7 (MALE) MARK HENDERSON
A loud, flashy type who has more important things to do than to sit on a jury. He is quick to show his temper, quick to form opinions on things about which he knows very little.

JUROR NO. 8 (MALE) LAURENCE DUGGAN
A quiet, thoughtful, gentle man. A man who sees all sides of every question and constantly seeks the truth. A man of strength tempered with compassion. Above all, he is a man who wants justice to be done and will fight to see that it is.

JUROR NO. 9 (MALE) COLIN JONES
A mild gentle older man who recognises himself for what he is and mourns the days when it would have been possible to be courageous without shielding himself behind his many years.

JUROR NO. 10 (MALE) PAUL MYERS
An angry, bitter man. He is man who antagonises almost at sight. A bigot who places no values on any human life apart from his own, a man who has been nowhere and is going nowhere and knows it deep within him.

JUROR NO. 11 (FEMALE) NELL GREEN
A refugee from Europe who has come to this country a few years ago. A woman who speaks with an accent and who will honestly seek justice because she has experienced much injustice herself.

JUROR NO. 12 (FEMALE) GEMMA WALSH
A slick, bright advertising woman who thinks of human beings in terms of percentages graphs, and polls and has no real understanding of people. She is a superficial snob, but trying to be a good person.

THE GUARD (MALE) CORNELL MOON
Sits nearby and is called upon as and when by the Forewoman of the Jury.