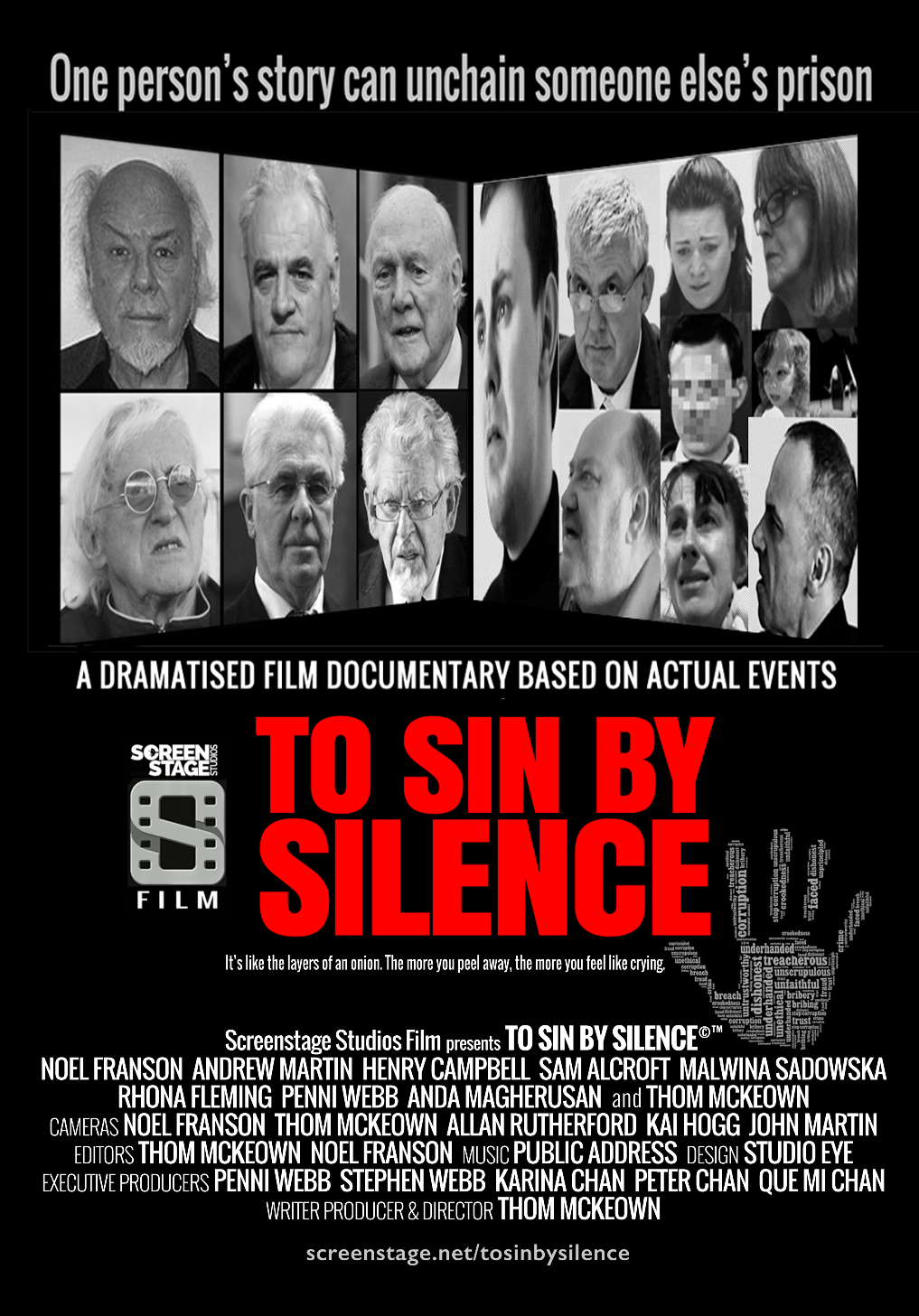 TO SIN BY SILENCE

Apart from two present-day sequences, To Sin By Silence is presented in monochrome to respect the melancholy nature of the subject matter. The title 'To Sin By Silence' refers to the line from her poem “Protest” by Ella Wheeler Wilcox from her 1914 book ‘Poems of Problems’. The structure of this dramatised documentary film concerns systemic police and political corruption - and child abuse, being made by an independent film crew in the present day. It opens with the crew’s interviewer Christina Lansley speaking to the older and now retired former police officer John Pearce at his daughter's home in Ireland. Pearce recalls the day back in the spring of 1979 when he was a Detective Sergeant with Holbeck Leeds CID – and also under cover via the auspices of the Anti-Corruption Unit of the London Met. He recollects how he was teamed up with the highly unorthodox DS Jack MacIntyre who was under suspicion of being involved in police corruption and possibly child abuse, alongside the likes of Jimmy Savile, Cyril Smith MP and others. A middle-aged black man (Paul Donleevy Philips) had been savagely murdered a short time earlier, and one of MacIntyre's informants had told him the culprit was one Michael Gallagher - and also where to find him. The subsequent and unorthodox interrogation of Gallagher shockingly revealed a previously unthinkable perpetration by this celebrity individual. Questions still remain as to why it took so long to call into question the odious activities of Savile and many others. The answer has something to do with the dazzling glare of celebrity and our instinctive deference to (alleged) talent and wealth, but it also has a great deal to do with collective ignorance. Most people have no idea what or how grooming or indeed approaches by a predatory paedophile may appear. Some may ask why didn’t these children run off to their respective mothers as soon as the abuse was imminent? And if, as had happened on so many occasions, the complainants were brushed aside, insultingly and shamefully mocked, or their statements destroyed, we have to question what sinister forces were or indeed still are in force, to fulfil these responses. These reasons are why so many victims take their shameful secret to the grave. To Sin By Silence is a humble attempt to change that, and light a beacon for those who, when the time is right, may wish to break their silence and confront their abuser/s, alive or dead. The issues raised within the film propose that those vile perpetrators of the sadly still-ongoing scandal of sexual abuse, might finally be taken to task and severely punished for their dreadful crimes against many vulnerable, innocent young people. Writer/Producer/Director: Thom McKeown Editing: Studio Eye Creative Arts Camerawork: Noel Franson Thom McKeown Allan Rutherford Kai Hogg John Martin Cast: Noel Franson Andrew Martin Henry Campbell Rhona Fleming Malwina Sadowska Penni Webb
Anda Magherusan Sam Alcroft Maggie Joyce Joe Szreder Thom McKeown

Cast of  TO SIN BY SILENCE 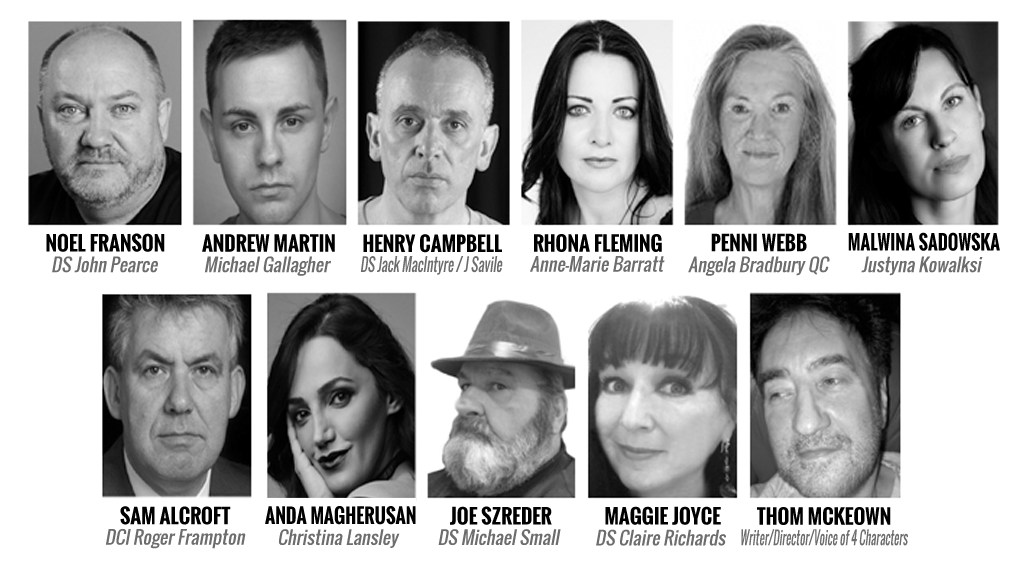