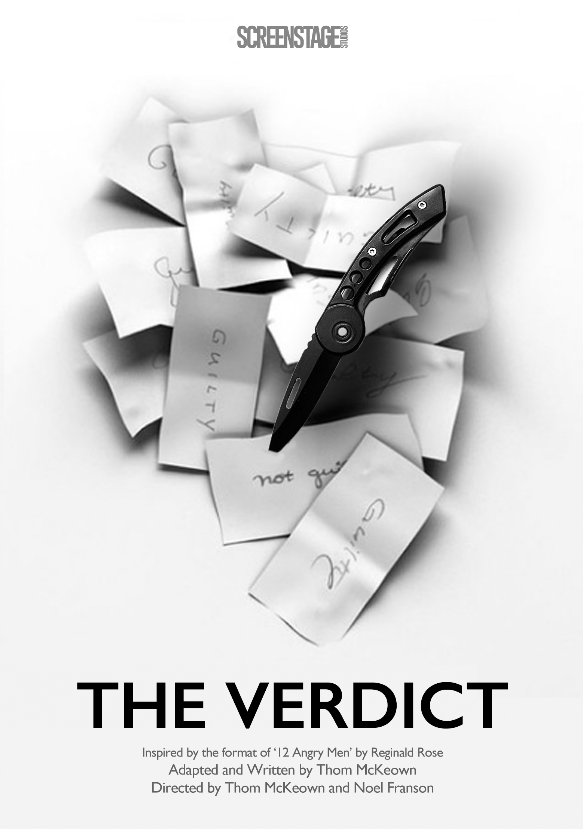 This will be a 4-act play for the stage, inspired by the fornat of the 1950s American original teleplay and subsequent film from over 60 years ago '12 Angry Men' by Reginald Rose. The inspiration comes from the format of the original, but a great many aspects have been substantially changed and updated to contemporise the drama, such as the narrative, having women on the jury (unlike many years ago), the location, characters and of course the dialogue.

Following the closing arguments in a murder trial, the 12 members of the jury (comprising men and women) must deliberate, with a guilty verdict meaning a statutory life sentence for the accused, an inner-city teenager. As the dozen people try to reach a unanimous decision while closed off in a room, one juror casts considerable doubt on elements of the case. Personal issues soon rise to the surface, and conflict threatens to derail the delicate process that will decide one boy's fate.